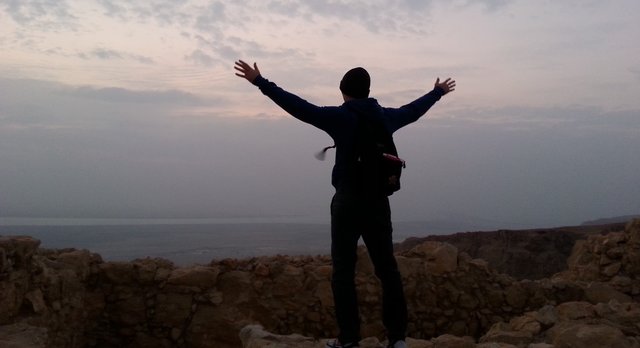 “There is divine beauty in learning…The books I have read were composed by generations of fathers and sons, mothers and daughters, teachers and disciples. I am the sum total of their experiences, their quests. And so are you.”
-Elie Wiesel

We are the sum total of our experiences– the people we most closely associate with, the things we read, our daily rituals, and so on. Of all these experiences, a special few undoubtedly shape us in ways that have profound impacts on who we become and the way we understand the world around us.

For me, one of those life-altering experiences was reading an article that gave me the clarity and courage to quit my full-time job and work on my own business full-time.

For two-and-a-half years after graduating college, I worked a desk job for the US Navy. Sure it had it’s moments, but it just clearly wasn’t for me. At that point I had been running Raw Athletics on the side for some time, and it was doing alright, but I saw the huge potential it had.

Something needed to change– I was doing “just alright” at the Navy and “just alright” with my business. To say I was not satisfied with that mediocrity would be an understatement. But I was unsure of what my next move would or should be. I wanted to spend my time on something that challenged me, that was meaningful to me, and that put me on a path towards my long-term career goals, but there was a serious disconnect between what I wanted to do and what I was actually doing. I had no idea what I wanted to do, but I knew something had to change.

There’s a difference between knowing you need to do something and actually taking action, and I was realizing this all too well– but I was still frozen.

Then I came across Umair Haque’s article in Harvard Business Review titled Mastering the Art of Living Meaningfully Well. He discussed three lessons he’d give to people younger than himself on how to live a meaningful life.

After reading it for the first time, then re-reading it, I immediately saw that making a big career move wasn’t just an option– it was the only option. Not only was I going to get into the batter’s box, I was going to swing for the fences– instead of looking for a new job, I was going to take the plunge and work full-time on my own business. The mantra of Hawks coach Reilly works rather well here– “It’s not worth winning if you can’t win big”.

I don’t agree with many of Umair’s views, but when it comes to advocating for bold ambitions, he’s second to none. Plus it’s important for personal growth to be exposed to different worldviews than your own.

Some of my favorite quotes and passages of all-time come from this one blog post. I would post them all, but it’d end up being more-or-less the entire post itself. After narrowing it down, these quotes proved to be the most powerful to me–

Mastering the Art of Living Meaningfully Well by Umair Haque

“Mediocrity isn’t a quest to be pursued — but a derelict deathtrap to be detonated into oblivion. Hence, I’m firmly of the belief that your youth should be spent pursuing your passion — not just slightly, tremulously, haltingly, but unrelentingly, with a vengeance, to the max and then beyond. So dream laughably big — and then take an absurdly huge risk or two.”

Umair centered his blog post around three tips that he would give to people younger than himself on how to live meaningfully well. The paragraph above was his opening remark regarding his second tip — Create (something dangerous) — and I truly believe it permanently altered my outlook on life for the better. I’m sorry that I can’t provide any more insight on my feelings regarding this passage– it’s already articulated perfectly. The best I can offer is to urge you to read it again. And again. And again.

“Think about it this way: if your quest is mediocrity, then sure, master the skills of shuffling Powerpoint decks, glad-handing beancounters, and making the numbers; but if your quest, on the other hand, is something resembling excellence, then the meta-skills of toppling the status quo — ambition, intention, rebellion, perseverance, humanity, empathy — are going to count for more, and the sooner you get started, the better off you’ll be.”

Not surprisingly, these are his closing statements for that same section. So powerful. So true.

“..[T]he truth is that the mark of someone reaching for the stars isn’t “achievement” — but failure, of the kind that makes the hair on the back of your neck snap up. If you’re going to live a life that matters, I’d bet that sometimes in your 20s, you’re going to fail — spectacularly, in Technicolor…These are all failures of the “omg” variety — and they’re reliable triggers of a mid-to-late-twenties-where-the-hell-is-my-smoking-trainwreck-of-a-life-going anyways quandary.”

Obviously no one aims to fail. These “failures of the OMG variety” are signs that you took a shot. A big shot. And regardless of whether you made it or not, just the fact that you took the shot to begin with says a lot about your character. Again, I’m unable to add any substantial insight to this passage because it’s already full and complete.

“What’s important is that what you’re doing matters — to yourself, to the people you love, and to something bigger, whether your community, society, or even humanity. Choose fulfillment and passion over “money” and “success.” The latter follow the former — and without the former, the latter are empty.”

As James Altucher says– money only solves money problems. Money isn’t the most valuable currency you have. Time is. Trading time for money shouldn’t be your goal, but rather trading time for purpose.

Yes, these are incredibly powerful quotes ripe with wisdom, but please read the full article to truly grasp the message. Please share your own stories of how you finally took your own leap in the comments below.

How To Start A Profitable Ecommerce Business For Free 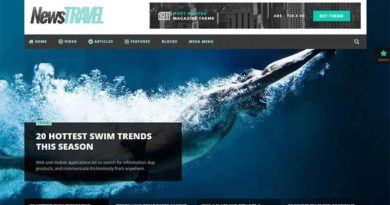 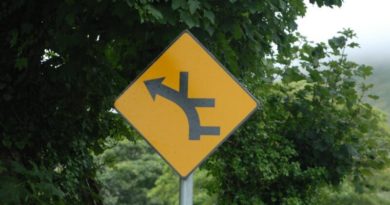 7 Things To Do Before Launching A Business