Contrary to popular belief, there’s a strong economically-conservative argument to be made in favor of paid maternity leave. If this viewpoint was more widely understood and accepted, we might be able to craft a bipartisan bill that could actually become reality in America.

Paid maternity leave is an increasingly important economic topic because women now make up a larger percentage of the US workforce, from 38% in 1970 up to 47% in 2012.  With that being said, paid family leave is already available to about 13% of workers in the United States, but it’s usually reserved for high-paying white collar jobs.

The debate regarding paid maternity leave in the United States usually falls apart when people start discussing how it would be paid for.  The problem is, most people have absolutely no idea how other countries structure their benefits or how we are proposing to structure ours.  I’ll be honest– the first time I followed a debate regarding paid maternity leave, I had absolutely no idea how such a plan would be implemented either, yet I was very against it for the reasons you’d probably expect —

“How are businesses expect to pay for this, especially for hourly wage jobs?”

“Paid maternity leave already exists through the private market, no need to get the government involved.”

“Just because everyone else does it doesn’t make it right.  The European economy is in shambles partly because of these sorts of labor-restricting policies and the last thing we should do is strive to be more like them…”

Let’s look at the facts–

The most recent attempt by Congress to implement paid family leave is called the Family and Medical Insurance Leave Act, or FAMILY Act. The basics are–

Right off the bat, you can see my initial concern of affordability is addressed. Business is not mandated to carry additional private insurance or adopt any new human resource policies. Instead, they must endure a slightly higher cost of labor through the tax code in exchange to having these benefits provided through social security. Sure, this adds costs and may increase unemployment, but it’s much less disruptive than other options for mandating paid maternity leave. The benefits of this structure most likely outweigh the costs, although I’d love to read a study on that calculation.

The 12-week timeframe is also strategically chosen. Multiple studies have concluded that extremely lengthy family leave benefits were simply a leisure transfer to the middle and upper-class and were a considerable increase in taxes at a cost to economic efficiency.  According to the studies, 12-weeks is the sweet spot.

California and New Jersey have already enacted their own state-wide bills very similar to how the FAMILY Act is designed to operate, and those programs have been running long enough for us to capture some very useful data, including–

Paid leave increases maternal employment
In the three years following the child’s birth, paid leave increases maternal employment by 15-20% as well as the total hours worked per week.  Mothers who took leave were also 6% more likely to be working a year after childbirth.  Increased labor market participation rates are always a good thing, and make our country stronger as a whole.

Helps at-risk women the most
California’s Family Paid Leave program allowed women to take almost double the leave they would have, from 3 weeks to 6-7 weeks.  This especially helped women who didn’t have access to additional benefits from their employer, which turns out to be mostly unwed, nonwhite women without college degrees.  It also boosted the number of hours worked 1-3 years later by 6-9%, and boosted incomes by an equal amount. White, college-educated mothers had a statistically insignificant change in leave taken from the program.

40% decrease in likelihood of mothers being dependent on food stamps
Studies of the New Jersey paid family leave program showed that a year after giving birth, mothers who took paid leave were 40% less like to be receiving food stamps.  Food stamps are a social insurance program– only there as-needed when times get tough.  We shouldn’t be content with a system that forces people to rely on food stamps long-term, so any program that provides people a better chance to pull themselves out of poverty or to avoid poverty altogether should be attractive to everyone.

Surprisingly positive feedback from business
Despite initial pushback from California businesses prior to the implementation of the Family Paid Leave program, a recent study found that 89-99% of California businesses said the law ended up having either no effect or a positive one on their business, 87% said it did not increase their costs and 9% said they actually saved money from less turnover and benefits payments.

Substantial decrease in post-neonatal mortality and fatalities
The United States has an embarrassingly high infant mortality rate that can be attributed almost entirely to socioeconomic status of the mother. According to health economist Emily Oster, “babies born to poor moms in the U.S. are significantly more likely to die in their first year than babies born to wealthier moms”. A study of European countries shows paid parental leave substantially decreases post-neonatal mortality and fatalities between 1st and 5th birthday. Given the economic benefits of paid maternity leave, it’s safe to conclude that it would have the same positive effects on infant post-neonatal mortality rates in the United States as well.

The effect of paid maternity leave on startups and small business

Attracting top talent and building a team is one of the most important aspects of scaling a business. This is probably why Dropbox pays their interns $8,500 per month plus $5,000 monthly housing stipend, or why Google offers free meals, on-site doctors and laundry services for their employees.  And yes, many of these companies also offer paid maternity leave as part of their very lucrative benefits.  All of these benefits, on top of salaries and bonuses, are purely to attract top talent.

The rise of all these awesome fringe benefits may seem like a huge victory for workers’ quality of life, but serious problems arise when important benefits are tied to employment.  Economists rarely agree on anything, but the one thing they do agree on is this– important benefits should not be tied to a job since they make our labor markets sticky and less efficient.  How many times have you heard someone say they’d like to leave their job but don’t want to lose their health benefits?  That’s a sad reason to keep a job, and leads to poor job matching throughout our economy.

Startups and small businesses will never be able to offer the same luxurious perks of larger established companies, and that’s fine.  But when we’re talking about health insurance and family paid leave — not luxuries but necessities — then having those benefits only available through large employers puts startups and new businesses at a significant disadvantage for attracting top talent they so desperately need.

Concerns with paid family leave and the FAMILY Act

Policy decisions should not be taken lightly, especially when dealing with a $17+ trillion dollar economy. Even adjustments on the margins can result in serious unintended consequences that we don’t anticipate. That’s where the true hazards lie.  While providing paid family leave through social security is a good framework, there are still concerns we need to address in order to make sure the bill truly provides economic benefits in a bipartisan fashion.

We’re making an already regressive tax larger
Paid family leave is to be funded through an increase in the payroll tax, which disproportionately hurts lower-income Americans.

The payroll tax is what funds Social Security and Medicare in America.

On top of that, someone who earned $50,000 will only receive $1,332 per month in retirement benefits while someone who earned $500,000 will receive $2,566. You can do those calculations yourself here.  Does the US taxpayer really need to be subsidizing a wealthy retiree’s lifestyle?  Social security was originally structured to protect a small percentage of the population that outlives their retirement savings. Today, people are living longer and the program is now seen as an annuity as opposed to a social safety net that not many people will need. We need to reform Social Security to be the safety net it was designed to be, not the underfunded annuity that it is today that’s bankrupting our country.

We could easily fix social security by eliminating the cap on taxable earnings and lowering the rate so it still brings in the same amount of tax revenue. That would lower the tax burden on lower income Americans. We can also restructure social security benefits so that they are there only as a safety net in case elderly retirees outlive their savings, as opposed to a guaranteed annuity that it is today that still leaves many retirees in poor financial condition.  Structured this way, we could ensure that social security is there for all future generations who need it while also being able to administer paid family leave.

How do startups handle the loss of a key team member?
The FAMILY Act clearly states that this will affect all business of all sizes.  How will a startup team of 4 people handle the loss of 25% of their team? This is a tough one that I don’t have an answer for, but needs to be addressed.

Suggestions to improve the FAMILY Act and make it a reality

The FAMILY Act is fairly well-structured as it currently is, but it’s just not bipartisan. However, compromise gives us the chance to improve things even further, so tweaking the FAMILY Act to gain bipartisan support will make it an even better bill and will hopefully allow it to become a reality instead of just an idea.

With these bipartisan changes, it would be happily welcomed by both parties–

The FAMILY Act has been sitting on the shelf for a while. Let’s reignite this discussion. Thoughts? 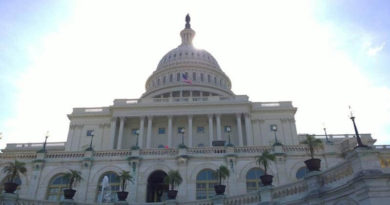 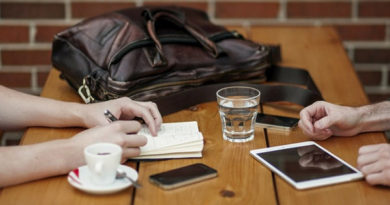 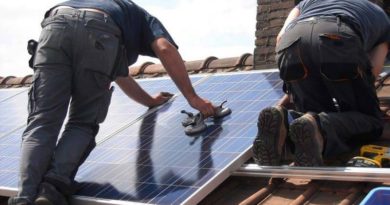 Why A Carbon Tax Is Pro-Business